Here's a question regarding slippery travertine on a pool deck.

My wife and I recently remodeled our pool deck. We had river rock for a patio deck and were tired of the pebbles coming up. So we decided to have thin pavers installed over the existing deck. With the thin pavers came a limited selection of options. We narrowed it down to a style of brick pavers that we liked but were not in love with. The contractor we hired suggested travertine, but we knew that it would be slippery when people walked on it when it was wet. He suggested adding H&C Sharks Grip to a sealer which would alleviate the slippery issue, and seal the pavers to keep them safe and colorful.
The first sealing was done about 4 weeks ago. After the initial sealing, we attempted to roll on the second coat with the sharks grip mixed into the sealer as per the manufacturer's recommendation. Now, the sealer we are using is a local company called "Seal and Lock." It's a water based urethane than has a wet appearance, while providing a very good protective coating.
The first problem we discovered was that when we rolled the sealer with the H&C Sharks Grip on for the second coat, the roller became bunched up with the sharks grip. The roller became very heavy and the material would not spread onto the deck.
I contacted the H&C rep and he is not familiar with the Seal and Lock product enough to understand why it was bunching up on the roller. I contacted the owner of Seal and Lock and he said it should roll out easily and not do what it was doing.
So, a week later out of desperation, I tried taking a fine flour sifter and manually applied a thin even coat of Sharks grip over the known problematic areas and then misted a thin coat of Seal and Lock over the deck.
After all the trial and errors and money invested into this final step of my remodeling project, there are still slippery areas, the sealer has a greasy residue that has not gone away, and the areas where I had a heavy hand of dusting the surface with sharks grip are hazy.
At this point I am trying to salvage the time and money I have put into this sealing, but if I have to strip it and start over with a better product, I'll bite the bullet and do it. We have 3 kids and a bunch of nephews and nieces that get rowdy when they swim. The last thing I want is for someone to slip and get hurt. Please help with any advice.

ANSWER
Hi Wade,
It sounds like it is such a mess that if it were my project, I would strip the sealer. I am sure you invested a lot of money and want it to be right.

The thing I don't understand, however, is that travertine is known for NOT BEING SLIPPERY. Actually this is referring to travertine pavers, and I am not sure if that is what you used or travertine tile. If you used travertine tile and it was polished, then it can be slippery. If a sealer is used, which is optional, it is to enhance the color and provide some protection against stains.

I came across this site which sells a product for slippery travertine.
http://www.slip-resistant-solutions.com/Fix-slippery-travertine-floors.html

You might call them to get some specifics before using another product that does not work.

Unique Services Throughout the US and Canada 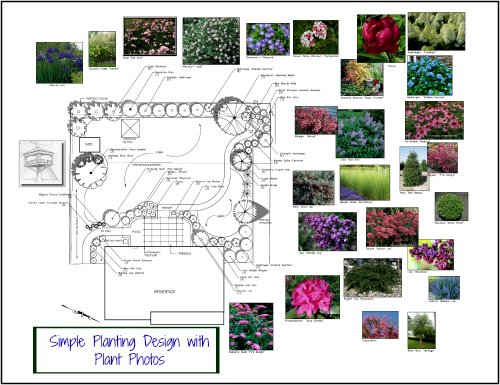 "Susan, what a pleasure it was to work with you. You made me feel like I was your only client - responding late at night and always so quickly! Your design is amazing and we only hope we can do justice to it when we plant . You have such fantastic ideas and you are so open to suggestions and changes. Loved working with you - now if you could only come to Canada and plant it !!! "
Helen, Ontario-Canada